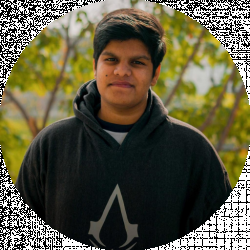 Naruto-inspired games work so well because the anime is simply the story of its main character’s progression. Like in an RPG game, Naruto starts off at the most fundamental level and, through trial and tribulation, finds his potential and harnesses it over time.

His journey is not all sunshine and rainbows as he encounters several villains, which can easily be reimagined as the final bosses of their respective sagas. It all works together so well!

Like how villains make for an important aspect of Naruto when challenging him to grow and forward the story, bosses pose a similar obstruction to you in Shindo Life. Furthermore, mustering the courage and patience to defeat such bosses is something the game generously rewards in the form of experience, leading to level-ups.

So at this point, it is pretty evident that the best way to advance in Shindo Life is to take down bosses, which are farming grounds for exp. But how exactly should one go about doing this?

Especially when it’s only been a few days since they picked up the game. My guide will detail what I consider the easiest yet most effective way of farming bosses in Shindo Life.

The primary reason why many players resort to farming the same bosses is that at higher levels, the standard output of Ryo is not good enough.

Ryo is Shindo Life’s main currency, one that is normally meant to be obtained through quests, missions, and just regularly playing the game. The developers have implemented a system that rewards you over 50k Ryo and a spin every 10 minutes if you play actively enough to collect.

If you’re a new player, you’ll eventually realize that this supply and demand dynamic does not remain in equilibrium for long. Eventually, your demand for Ryo increases as you set your sights on more Sub-Abilities, Bloodline moves, and Ninja tools to purchase.

Of course, while some of these are obtainable through quests, some of the best and more well-known ones are gated behind an astronomical Ryo cost.

As such, boss farming is a completely normal and justifiable approach. Would you rather take the slow route and grind out Ryo, little by little, in order to max out your Shindai Akuma, or would you rather be done with it in 10 minutes max?

Of course, a disclaimer would be that things are not that simple, but exaggerations aside, just some degree of preparation is needed to get you started on my boss’s farming technique.

The location that I’m going to be taking you to for this farming method is Shindai Valley, a relatively advanced-level place that is unironically modeled after the Valley of the End from the Naruto anime.

For those who don’t know, this is where Hashirama Senju and Madara Uchiha, the second most iconic rivalry across Naruto, settled their score.

Of course, this is also where Naruto and Sasuke battled it out first during their childhood and later towards the end of Shippuden – what a dangerous place to be in!

The highlighting monument of Shindai Valley has to be the replication of Madara and Hashirama’s statue, except with Shindai Akuma and Alphirama Shizen.

The sub-location crawls with high-level bosses, particularly Maru (third generation) and Kor Yang Spirit, which are re-enactments of the ten and nine tails, respectively. But fret not, for we will not deal with these beasts in this guide.

If I’m not talking about defeating the higher-level bosses that naturally yield tons of Ryo and exp, then who exactly am I referring to? While Maru and Kor Yang are the highlights of this area, many people don’t know that a third boss spawns at this location – the Samurai Spirit.

To clarify, this is not the humanoid variation but the true Spirit, which astonishingly has only 800k HP, not even a million.

Naturally, since many people are unaware of this boss’s existence, despite regularly frequenting this location to battle the tailed beast, it must mean that it’s pretty obscure.

Well, if you go to Maru’s scroll on the large cobblestone arena, you’ll see one end of the arena is connected to a river bank. If you think there’s nothing on the opposite side, go and find out for yourself! You’ll find none other than the Samurai Spirit’s scroll there.

The most frequently asked question regarding any farming method that defeats bosses is the recommended bloodlines. While the more advanced kinds of boss farming require bloodlines like the Xeno Dokei, I want to keep this guide beginner-friendly, which is why I’ll suggest three main elemental bloodlines.

Even most rookie players should not have a hard time getting their hands on any of these since Elemental bloodlines are the most common out of Eye and Clan bloodlines.

After reaching the designated location and standing before the specified boss with any one of the recommended bloodlines, the battle strategy is quite straightforward.

The idea is to be reactive instead of proactive, responding to the Samurai’s moves instead of making the first one yourself. Since the Samurai’s AI is not that smart, it will pursue you relentlessly, even if it means walking through fire (taking damage) just to get to you.

So simply wait for the Spirit to make its way over to you, and just when it’s around 10 meters away from you, execute your moves, create some distance, and repeat.

Although the general idea is consistent across all three recommended bloodlines, the timing may vary depending on the casting time.

Therefore, if you’re not used to the moves I mentioned above, you are advised to execute these moves a little bit ahead just to figure out how to synchronize the timing best. Even if you miss the first one or two attempts, the rest of the fight will be a breeze – it’ll be all over swiftly!

Defining the metric I employed for evaluating this farming method is important. While admittedly, the Ryo drop is not that impressive given how weak the boss is, especially in comparison to the tailed beasts that lurk in the Shindo Valley area, the Ryo generated per minute is quite high.

You can easily jump up by at least a hundred levels every time you defeat the Samurai, averaging around 2-3 million exp. How insane is that?

My boss’s farming method can set you up for a good while. This is because as you keep getting stronger and stronger, the rate at which you’ll be farming will increase as the Samurai Spirit boss will go down in a matter of seconds.

But of course, I understand that this method will level off in the higher ranks or that you might just get bored of it and look for different, more fun boss farming alternatives.

While Shindo Life’s community and content creators are very vocal when it comes to sharing potential new farming methods for a particular level demographic, Xeno Dokei has been a hot topic. If you haven’t heard of it, this is a rare eye bloodline modeled after Eto’s original Kakuja from Tokyo Ghoul (back when it was hype during season 1).

As such, its moves are themed around uncensored bloodshed, but what makes it particularly menacing in the farming sphere is its C Spec.

Most of the farming methods incorporating Xeno Dokei generated in Reddit forums, and other subspaces mainly utilize its godlike C Spec. Even though it has been paired up with the likes of Narumaki Multi Clone Jutsu, Kamaki, Tsunami, and so much more, the C Spec has been doing most of the heavy lifting.

Upon activation, your character executes an AOE attack, filling their close vicinity with cursed blood. Anyone who contacts this blood incessantly gets caught in explosions of blood that do massive damage, particularly when the enemy is immobilized.

As such, most farming methods rely on wearing down the enemy and then using the C Spec right on their face, amplifying its damage output with other techniques – of course, you can’t just combo it with any technique since the C Spec consumes 25,000 Chi.

With that said, going forward, I would recommend either going for the standard farming methods with the Xeno Dokei – it will be sufficient enough to carry you through Shindo Life’s endgame.

Moreover, if you’re interested in what I use with my Xeno Dokei, I have to tip my hat to Narumaki Multi Clone Jutsu – I simply enjoy seeing my C Spec and clones chop off 80% of a boss’s HP.

Question: Why Should I Engage in Boss Farming?

Answer: With the diversity of content in Shindo Life at all level demographics, it is not surprising to want to get as much as possible. In some cases, simply obtaining certain items isn’t enough as, e.g., bloodlines require to be leveled up if one seeks to utilize their full potential.
With that said, the standard means of getting exp and Ryo simply don’t cut it – one must combine certain design choices in the game to come up with a boss farming strategy that is low risk but high reward.
With that said, if you’re one of those players who want to experience as much of Shindo Life’s content reasonably possible, then boss farming is the way to go.

Question: What is Xeno Dokei?

Answer: Xeno Dokei is a very rare eye bloodline that can only be obtained by spinning, with a drop chance of 1/170. It is a variation of the original Dokei, as many may have guessed, but its blood manipulation is far more potent when pitted against its predecessor.
It comes with three main moves, a projectile-based move called Blood Rain, a long-ranged move called Dragon Bombs, and an unblockable stun called Reality Drive.
Even though its moveset is quite solid, what steals the spotlight is Xeno Dokei’s two modes, particularly their C Spec, which can be combo’d with other bloodlines to melt bosses in a matter of seconds.

In a nutshell, boss farming is an integral part of the game that I believe the developers secretly encourage due to some of the design choices they’ve made.

Who would secretly position an 800k HP Samurai Spirit in the middle of Shindai Valley, home to two-tailed beasts? Regardless, while there are many boss farming methods out there, I have tried to shed light on what I believe is the easiest and most applicable to players of all levels.

Furthermore, this method is also what helped me break through the rookie ranks as well as quickly level up on my alts. If you’re a new player, you’d eventually come to appreciate alts, but not the aspect of them that involves leveling up all over again.

So, even if you try to get the raw Shindo Life experience with your first account (which I also encourage), you’d eventually get bored of it and seek more accessible, more time-efficient methods. So remember that boss farming is completely alright – some methods are broken, so just appreciate the Ryo and move on!