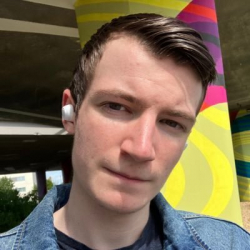 Gordon Bicker
Gordon guarantees to create articles for you which are unique, interesting, and memorable. He is currently studying Games Design and Production BA (Hons) at university along with writing here and also writing for Attack of the Fanboy. He started learning about the world of Roblox over the last decade and has taken interest in learning about the culture and platform to a great extent, seeing the new trends arrive over the years. He likes to be kind and help others; he is most well-known by the alias 'Elvearias'. You can find him on Twitter under this same name, definitely tweeting about something to do with games.

Builderman has had an illustrious history through the time Roblox has been around, and many players wonder about who they are. Indeed, the character is the CEO of Roblox, and in turn, many players will know of this anonymous name of Builderman in the game if you want to learn every detail about this character and the lore surrounding them. Then be sure to read through the rest of this Builderman history guide for all of those details!

Key Details of Builderman Up Front

The CEO of Roblox is David Baszucki, and Builderman is their in-game character and alias. Although, they use another account mainly. Builderman has been around since March of 2006. A long time indeed! Nearly 20 years of the individual being within the servers; that is incredible for sure!

Builderman has a specific outfit style, and this is to have a construction hat on their character with jeans and a grey jacket with a red t-shirt. This style varies over the years, although the appearance of Builderman has generally remained the same over many years.

The character even has a Roblox toy dedicated to them, which showcases this character’s popularity and fan following for them. Further, Builderman had the highest number of friends on the platform for a long time having over 60 million default friends; that is crazy to think about!

In Roblox, Builderman is one of the most well-known profiles and has around 70 million followers on the platform. They are the CEO of Roblox, so it brings a lot of attention to their profile. Given that this happens, the CEO, of course, also has other accounts they play Roblox with.

Builderman’s account has not been too active, but recently on the 17th of May 2022. It did go online for some time, prompting much discussion in the community about the reason for this.

I haven’t met Builderman in-game at any point while playing Roblox but I have indeed heard the many stories surrounding them!

The account has been around since 2006 so over the years there have been numerous changes to the account. Builderman spends most of their time writing introductory letters for the community so this is where they will be most well known and an important section of their history.

Near the start of Builderman’s lineage in the history of the game, their outfit used to be very plain with not too many accessories. There was one of the years in 2008 when they had an American flag as headgear for themself.

This guide wouldn’t be complete without reference to the many introductory letters Builderman writes for players! When new players start up the game, they will be able to find a message written by Builderman introducing them to the game. There are five messages in total that have been created since the Launch of Roblox.

This first letter has a lot of nostalgia attached for players as it was the very first message that many players got from the character of Builderman. It contained a welcome message for the player and information on the news section, including helpful information for people on where to get assistance for the experience.

The following letter maintained a similar structure though this time around, it mentioned the forum where players could communicate with others.

Letters from Builderman started getting longer around this time, with lots of welcoming information as always for players. The letters always seemed to serve the purpose of creating a sense of connection on a personal level with Builderman. This happened when the player joined the game for the first time. It was a very effective strategy.

This specific message was one of the longest that Builderman had sent players. This was likewise what happened with the current message that is around. The 2017 letter mentions Virtual Reality headsets that players could now utilize for Roblox.

The current message is a sort of round-up of all the information mentioned in previous letters. Further, emphasis on customization of your avatar is a key component of this specific message.

Over the years, Builderman has continued to create custom messages for players to read through, showing the CEO’s commitment to the community.

Born in Canada, the CEO of Roblox has had a long career, including graduating from Stanford University in the year of 1985. Notably, during the 80s, the CEO and his brother had created a program named Interactive Physics. This program was a marvel at the time and allowed the creation of 2D Physics experiments, super exciting stuff! It was released first for Macs (Apple), and has won multiple awards.

In terms of Roblox, they started working on it in 2004; it seems like such a long time ago now! It, of course, was named DynaBlocks first as a work-in-progress title until the name changed later during development.

In addition to his work on Roblox, he also funded a medical study. This study was to look at the effects of hydroxychloroquine against the virus during the 2020 pandemic. Unfortunately, it didn’t have any effect, but it showcases David’s care for others.

Over the years, there have been many questions about why the account went offline for some time. It is likely that the CEO hasn’t had too much time to log into the user account and continue playing with it. Whether they are working on their next endeavors or simply just managing everything related to Roblox, the CEO has a lot of work to get completed!

Furthermore, it could also be about an element of anonymity as they may want to play with other accounts where they won’t automatically be known as the CEO of Roblox.

Builderman Involvement With the Bloxy Awards

The Bloxy Awards are an event held every year for celebrating Roblox and allow players to vote in various categories such as Game of the Year and so forth. Builderman has some involvement with The Bloxy Awards because they give the Award of Excellence. A Reward which is given to the game that is highlighted for exceptional craftsmanship and creativity. This recognition from the Roblox CEO would be a huge boon for this game and would usually further its popularity within the Roblox Community.

A wonderful reward to receive for sure! Especially if you are someone who has been creating games for years on Roblox and wants to see your hard work even further recognized by the developers of Roblox themselves.

The Builderman toy that was released gained a lot of attention from fans of the franchise. This particular toy had the construction hat and the known jacket and shoe combo for Builderman. There is also a logo of Roblox on the jacket.

It’s not the easiest toy to find these days, especially if you want Builderman’s construction hat included in the deal, but there are still a few of these floating around online, so if you are keen to own your own I would urge you to go hunting today.

If you are a player who wants to reflect their own style of character with Buildermans’ then the process will thankfully be relatively simple for you! A pair of jeans with a grey jacket will create the majority of the outfit for your character. The ‘Turbo Builders Club Hard Hat’ was another item of Buildermans’ clothes. Any hat that has a construction hat aesthetic will work great for your character to represent this.

Answer: Yes! They will likely continue writing these letters to players.

Answer: It is unlikely there will be another significant outfit change anytime soon for Builderman.

Question: Does the CEO have multiple accounts?

Answer: The CEO has multiple accounts, some of which we likely, don’t know about for them to play Roblox anonymously. Of course, they also have profiles such as Builderman.

Builderman will continue being a vital piece of game history for the future of the experience, and the introductory letters are always memorable for players receiving them. The CEO of Roblox has done a lot over the years to shape Roblox into the way that they and their team wanted it to be. Builderman is a reflection of those factors.

Whether you simply want to learn more about the history of Roblox or have plans to play through the experience. You will hear of Builderman at one point or another, so knowing a lot about them before delving into Roblox will allow you to have a lot of knowledge about the history since its release!