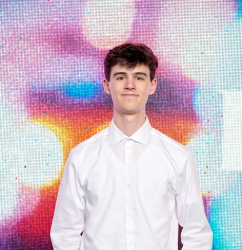 Joshua Guthrie
Josh is a huge Roblox fan who played the game as a kid over six years ago, and now as an adult, he regularly returns to the game having never lost the love for the charming blocky adventures available. Other than Roblox, Josh also loves playing retro titles like Super Mario Bros and older Pokemon titles, and often settles in for long sessions playing Overwatch.

Kaijin is one of the many Clan Bloodlines available in Shindo Life. Kaijin relies on dealing ranged damage with a mode that uses a companion. I rarely use Kaijin, only because it does not deal enough damage to be effective in PVP, but it can be effective when used against bosses.

When I use Kaijin, I combine it with Xeno-Dokei and stack their ranged moves on bosses to deplete their health bar.

Kaijin is a great bloodline for cycling a boss’s stun, but it lacks in damage with there being better alternatives.

What is Kaijin and how do you get it?

To get Kaijin, it is only available through spins. To get to the spin tab, follow these steps:

Kaijin has a 1 in 45 chance of being spun, so it should not be that difficult to get. It was one of my first bloodlines when I started playing Shindo Life.

The bonus of waiting to spin when you have 80 spins is that you have the chance of getting much rarer, like an Akuma, Jokei, etc.

How should you go about farming up to 80 spins? There are a few ways. I want to highlight the easiest way, which is through codes.

RELL Games, through their Twitter and YouTube, drop an absurd number of codes that give anywhere from 50 to 200 spins. Be sure to check back on their social pages for codes, so you don’t miss out on codes.

Just a little tip. They always drop a code after an update, so if you see “[UPDATE]” on the game page on ROBLOX, definitely check their YouTube channel, the codes will be there.

Now, let’s talk about the moves that Kaijin has. Each of these moves uses ash to deal damage to your opponents. As I said before, Kaijin is best when used against bosses, so I will go into detail on how effective each move is in boss fights.

One more thing that I will mention is that Kaijin’s moves can be bound to either F, G, and H, or V, B, and N. This is useful if you have a complementary bloodline that can only be bound to V, B, and N.

Alright, let’s get to the move set:

And now, the Mode. To equip Kaijin’s mode, you need to be bloodline level 500. When equipped and activated, you will get a rod that sits on your back. If you have watched Naruto, you will recognize this rod from Hiruzen Sarutobi’s fight with Orochimaru. Unfortunately, Kaijin’s mode drains 40 MD per second. That said, Kaijin’s mode is unique and has a couple of benefits that come along with it: 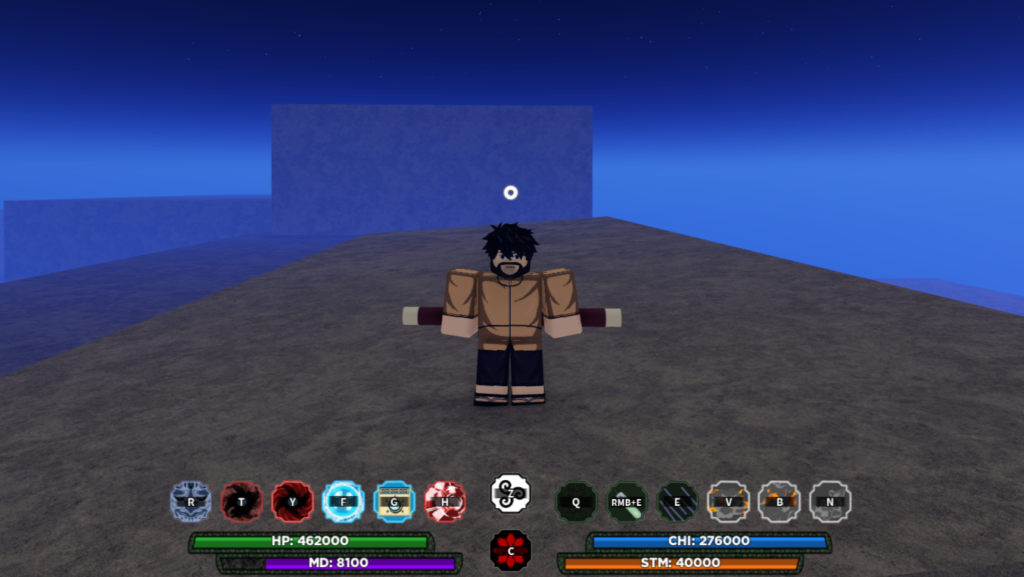 Kaijin’s mode ability can be used by pressing Z on your keyboard. This is one of the benefits of using Kaijin. It does not require you to press the right mouse button as well as the key. Here are the abilities that Kaijin has in mode:

How should you use Kaijin in Boss Fights?

So, now that you know the moves and abilities of Kaijin, let’s talk about how you should use it in boss fights. Kaijin is only good in boss fights when the boss is in its stun phase, so you have to go through each cycle to get that phase of any boss. The best way to get any boss to that phase is by using the monkey king. While the monkey king is active, bosses will target him, and use their abilities on them, meaning the stunning cycle will eventually happen. I will highlight all the bosses that you can fight, starting with Deva-Rengoku, the first boss, and, in my opinion, the easiest.

But first, I want to mention that after you get each boss to enter their stun phase, you can hit them with this series of moves for the maximum amount of damage. Keep in mind this is in the situation where you only have Kaijin.

After using these three moves, which are the primary damage-dealing abilities, use any ninjutsu you have. I generally will use the Satori Inferno Bomb Rush and Bankai Inferno Bomb Toss. By the time you use all of these moves, the boss will start attacking you again, restarting the cycle to reach his stun phase.

Now, to the bosses: 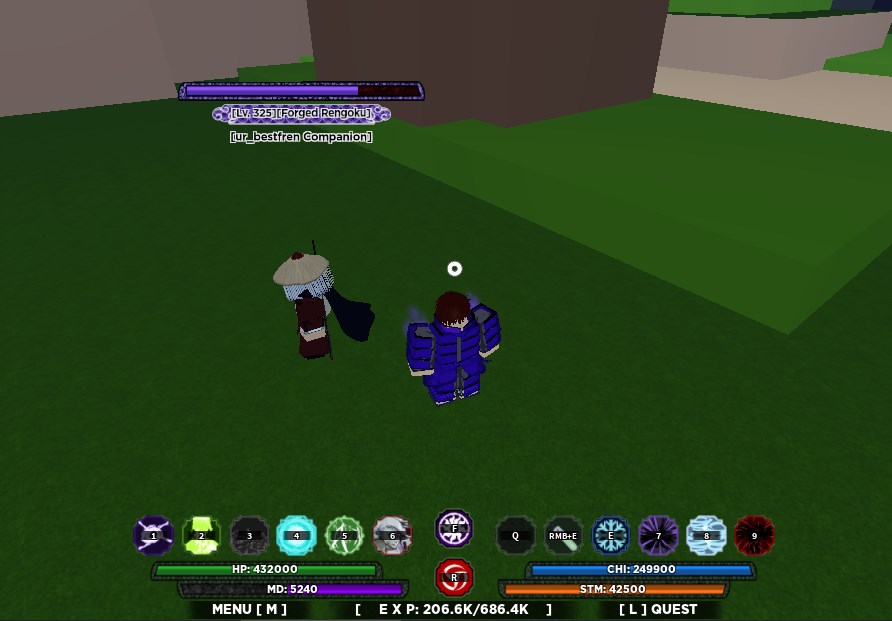 The best way to beat him is to wait him out on the beach. Take the hits, but whatever you do, do not get hit by his melee attacks; they do an absurd amount of damage.

This boss will take you around 20 to 30 minutes to beat each time, so honestly, just stay away from Shindai. It is not worth it.

If you want my advice, go fight another boss. Actually, look ahead a little to the next boss, Jinshiki. He drops a lot better loot than Kagoku. 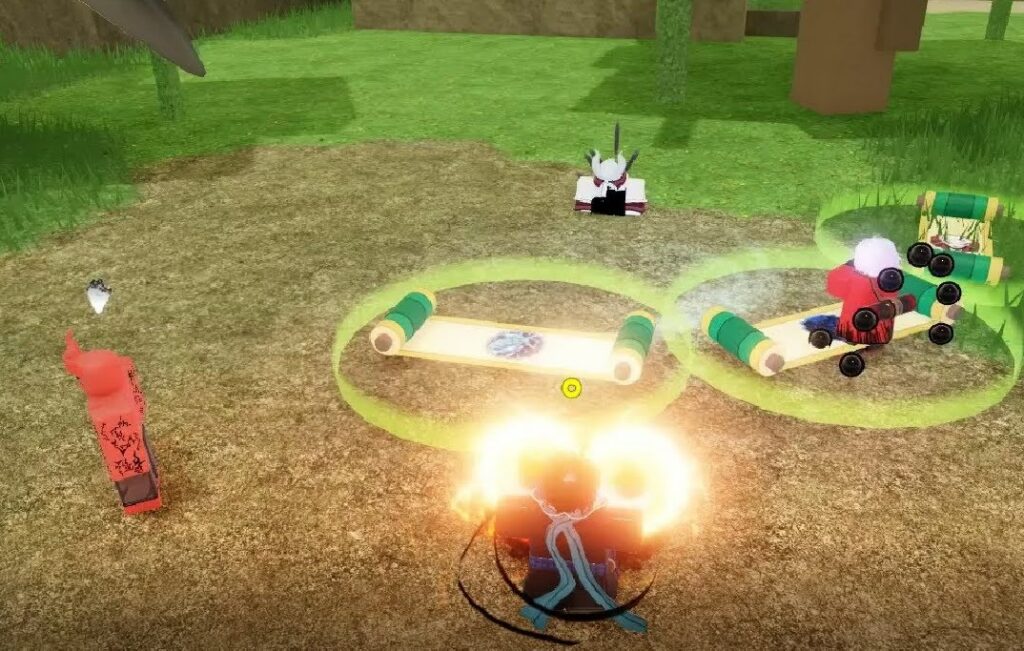 The trick for this boss is to use companions to bait out the moves to get the cycle going, making Kaijin perfect for this boss. That being said, Jinshiki has a lot of health, so Kaijin alone is not going to be enough.

That wraps up every boss and their moves, so now, let’s address the big question: Is Kaijin effective for boss fights? Yes.

The mode ability, that being the monkey king, is perfect for cycling the boss, and unlike actual companions who have a 30-second cooldown after dying, Kaijin only has a three-second cooldown.

I have to say this; you have to use a more powerful bloodline with it, and now, I will go into what bloodlines you should be using with Kaijin.

What are the Best Bloodlines to use with Kaijin in Boss Fights?

Now, I know what you’re thinking, where is Kaijin? I need to be brutally honest here, it does not do enough damage to justify replacing any of Xeno-Dokei’s moves. Just trust me here.

Question: What are the faster ways I can farm bosses?

The reason you need only these two is that they are wave attacks. The neat thing about these wave attacks is that, if done right, they will deal around 700,000 damage to the boss. I’ve even gotten it to 800,000 once before. It just takes a ton of precision and correct timing. Let me explain. You need to get the boss, who is hopefully at their spawn, to run at you. As the boss runs at you, use either of those moves in their direction. As the boss runs through that wave, it will deal damage constantly until the wave disappears. I’ll include an example that shows you the power of this move, showcased on Jinshiki.

Question: What are the better alternatives to Kaijin?

Answer: Xeno-Dokei plus a companion. If you are sticking to bosses, use Xeno Dokei. The similarity between the Xeno-Dokei C ability and Burning Breath makes Xeno-Dokei a great replacement for Kaijin. That being said, to make up for the loss of the monkey king, you probably should equip another companion to bait out those boss moves. Oh, and make sure that companion is high level so that he does not instantly die to one of the boss’ moves. I’ll mention quickly that the only way to farm companion exp is through green scroll quests.

Answer: The Jinshiki boss gives one of the best modes in the game, Jinshiki God Awakening, and in my opinion, he is the least annoying. I guess Deva is also good for loot, being that it is so easy, but the bloodline, Deva-Rengoku, is a mid-tier bloodline. My experience has told me that Jinshiki has been worth my time, while all the others have been, meh…

Conclusion: Is Kaijin a good Bloodline to Use?

I want to finish with this. Kaijin is probably only effective at getting a boss to stun, as harsh as that is.

If you ended up getting Kaijin when spinning, then all is not lost. Kaijin is good, but not strong enough to carry a boss fight. You need a complementary bloodline that packs a punch.