Skip to content
Gordon Bicker
Gordon guarantees to create articles for you which are unique, interesting, and memorable. He is currently studying Games Design and Production BA (Hons) at university along with writing here and also writing for Attack of the Fanboy. He started learning about the world of Roblox over the last decade and has taken interest in learning about the culture and platform to a great extent, seeing the new trends arrive over the years. He likes to be kind and help others; he is most well-known by the alias 'Elvearias'. You can find him on Twitter under this same name, definitely tweeting about something to do with games.
Latest posts by Gordon Bicker (see all)

Roblox has an abundance of customization items for fans of the experience, and I know the joy that can indeed be found by obtaining as many of them as possible. One such set of customization items is the Valkyrie Roblox set of helmets (hats in Roblox terms) and face accessories. These will undoubtedly allow you to live out all of your fantasies of becoming a Valkyrie Warrior from times past. There certainly are a lot of them to gather, so knowing how to do that and learning about each one will put you on the best path to get them all and be a master of the set.

Key Details of the Valkyrie Set Up Front

28 Valkyrie items are of feature within Roblox. Some of these, unfortunately, can’t be gotten anymore. However, fret not, as there are plenty that can be! You will have your character fitted out for a king or a queen warrior in no time! The Valkyrie set or ‘series,’ which a collection of items are sometimes known as in Roblox, has a lot of limited items. The collection has gained immense popularity over the years. Valkyrie is a set that has become a prominent icon and point of discussion for items throughout Roblox in its entirety.

Overview of the Valkyrie Set 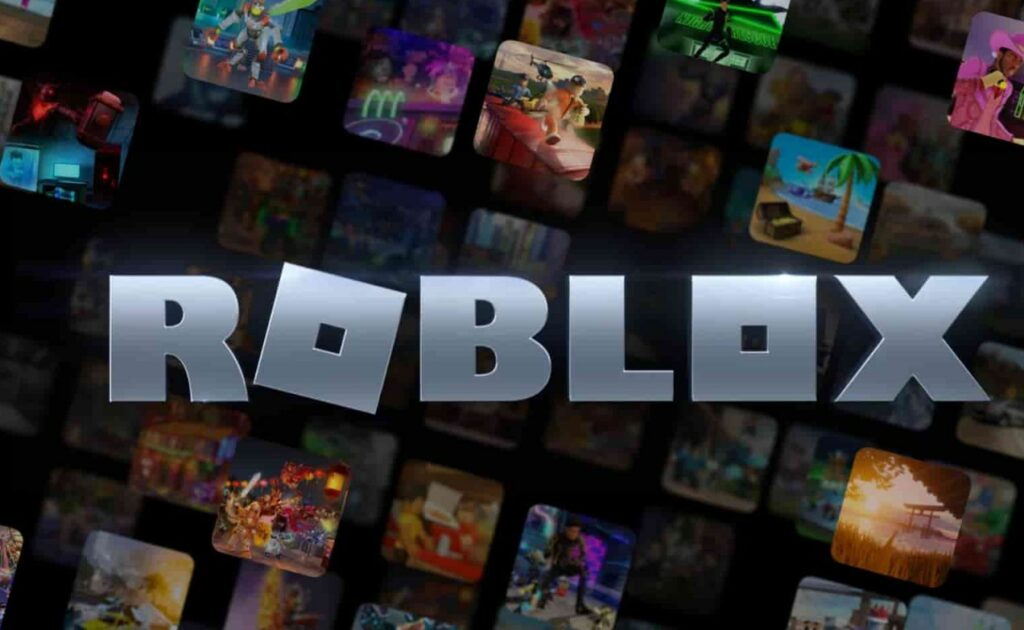 The set is immense in the customization options that it offers players, and thus, there is a lot of variation for players. When referring to ‘Valkyrie,’ you should note that the unique set of items in the Roblox community takes on the form of having wings on the side of the design—located at the top of the hats or shades. Sometimes, the name doesn’t have Valkyrie in the title, but the items are still known as part of the Valkyrie set. This section will list the critical information about each of the Valkyrie helmets and shades. I will provide details on how to get them if it is possible to get them.

All the Valkyrie helmets are:

The very original! Bringing roots of the Valkyrie to Roblox and amassing popularity that is unrivaled amongst all the other accessories on offer.

First entering the ‘Avatar Shop’ in 2008, it used to be acquired for 30,000 Tix (tickets), a non-paid in-game currency that players gathered a lot of throughout the game. Unfortunately, these no longer exist for players to get, but they were commonly highly prevalent.

The item takes on a darker blue appearance with the iconic wings/feathers on top of the hat, including the helmet wrapping around the player’s head. It is now a limited item for players who want to get their hands on it.

The description of the Valkyrie Helm is, “This splendid helm is a replica of ones worn by the Valkyries, a group of minor deities who serve Odin in Norse mythology. Led by Freya, they uphold justice and righteousness.” Undoubtedly the starting point of an excellent lineage in Roblox accessories. 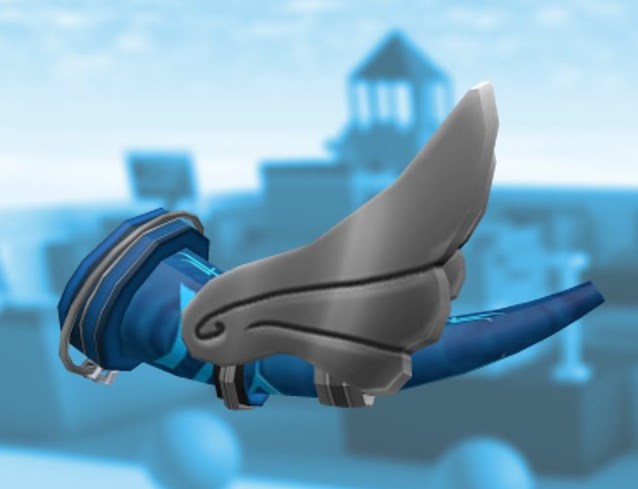 This hat resembles the famous Valkyrie helm and thus gained a bunch of popularity during the short time window it was available for players. It was related to ‘London Drugs’ where it was possible to get a gift card for it to redeem the item.

It is of shimmering blue color with metallic lining and certainly makes a fashion statement for players! The Knights of the Splintered Sky Winged Headdress item has been un-officially classed as part of the Valkyrie, set through the community talking about it.

Up next is back to the mainline of Valkyrie helmets, and once again, gift cards reign in on the Valkyrie lineage. This time it was for getting a redeemable code from 7-Eleven Canada. The helm itself is one of the more unique Valkyrie helmets in looking extremely sci-fi based, which is always brilliant to observe!

The official description of the item says, “Fight with grace and style, master of the skies! Get this item when you redeemed a Roblox card from 7-Eleven Canada in August 2017.” You can find this information by filtering the search for the item in the Avatar Shop to show all the ‘Unavailable Items.’ It is clear to see how small a timeframe it was available for, as it has only 1432 favorites.

Whether you’re planning to play through some obbys or want to play through another Roblox experience, doing this in style with an excellent look for your character can undoubtedly be the way for many! With the Violet Valkyrie, you can do just that! 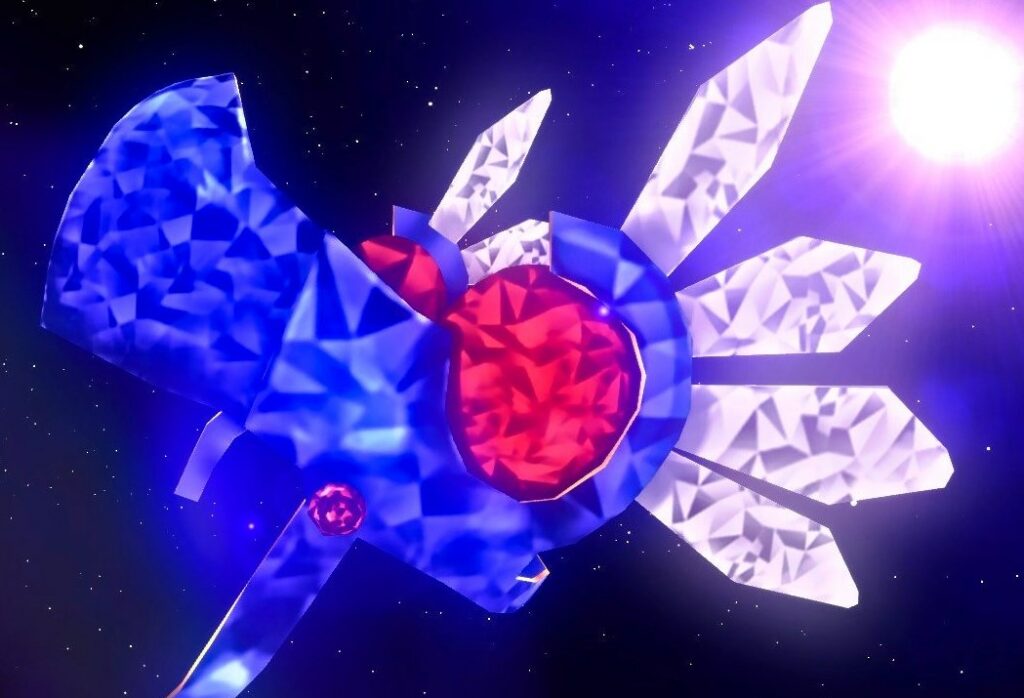 Time to get sparkly! This specific accessory will ensure that your character is ready for anything that may face them. With a shimmering crystal-like appearance, it makes you want to snatch it up as soon as you can!

This valkyrie shines as green as the rolling hills filled with daffodils on a sunny day. It keeps a similar form to the original valkyrie helmet but has a green color.

The Sinister Valk is a special valkyrie helmet given to a particular player by way of the ‘Make-A-Wish Foundation.’ That player’s username was ‘Emerald_ite’ and had a Valkyrie helmet designed for them.

The Redvalk is like the original Valkyrie helmet but is colored differently for players to enjoy!

Let the festivities begin with this specific hat for Roblox players! Festive Sword Valkyrie was earned during a holiday event, and players will probably want to get more of them for their excellent style.

Blackvalk was previously bought for 1,000,000 Tix, but that has now changed to being a limited item after going ‘off-sale.’ Now, players have to find one as a limited version if they are looking for it.

The Tixvalk is not available anymore but was designed after tickets, and it was 500,000 Tix to buy when it was available.

This hat is specifically for helping in QA for Roblox and so is given to select players who have helped with the QA of Roblox and assisted the developers with it.

Shard of the Valkyrie, the Admins:

Shard of the Valkyrie, the admins, is related to the Metaverse Champions Hub and is a special Valkyrie helmet for players to get. This one is gained from the Admin Launcher Box. 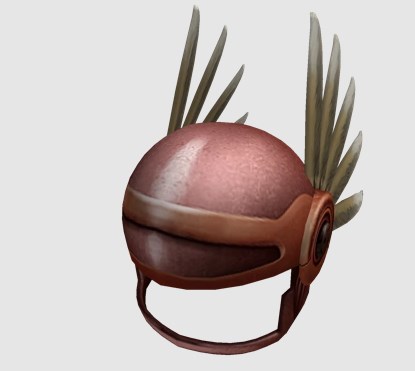 This specific helmet looks a little like a football helmet does and has a particular style for the hat.

Spread that summer style with this Valkyrie accessory sure to capture the attention of any players who see it for its colorful components.

Shard of the Valkyrie, the Video Stars:

This is related to the Metaverse Champions Hub and is a special Valkyrie helmet for players to get. This one is gained from the Video Star’s Launcher Box.

It’s time to get icy with this Valkyrie accessory! This has a distinct style for the helmet but remains close to the original Valkyrie design.

Valkyrie of the Metaverse: 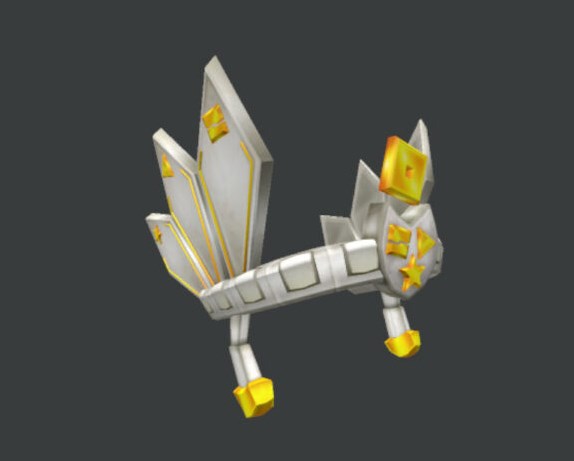 This has a golden/royal appearance and was related to the Metaverse event. Players had to have all the launcher boxes for and return during a specific time window to get the helmet.

Shard of the Valkyrie, the Developers:

It is related to the Metaverse Champions Hub and is a special Valkyrie helmet for players to get. This one is gained from the Developer Launcher Box.

Up next is the aptly named ‘Veggie Valkyrie, which takes the form of what looks like a bowl with tomato-like wings on the side. It has a hilarious appearance! 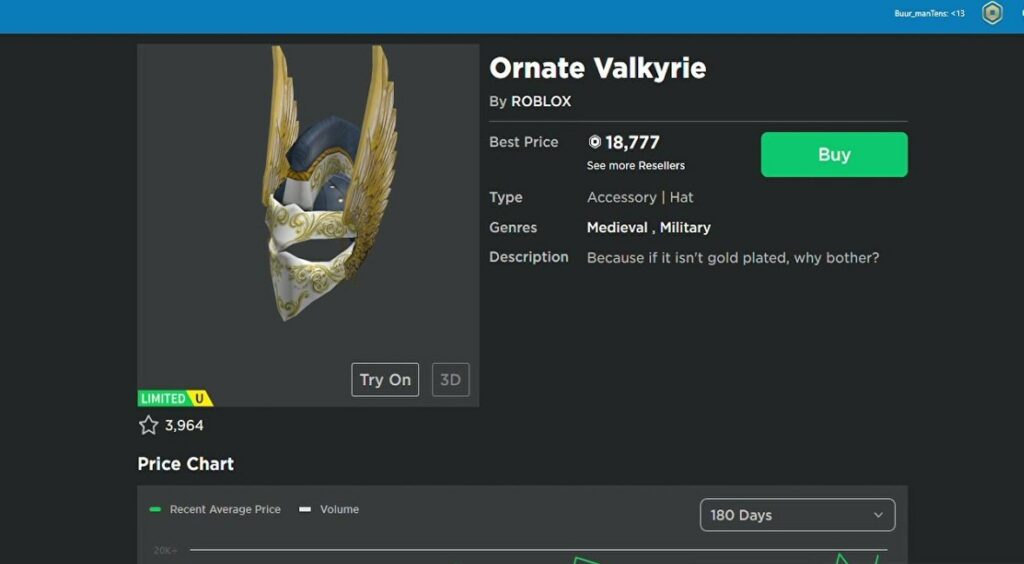 The Ornate Valkyrie has many golden features for the design and even has a space for the helmet to go around the character’s entire face. It has an excellent design.

A Silver-laden Valkyrie helmet is undoubtedly an excellent thing for Roblox players to collect with the many silver accessories they are likely to have! With this helmet, you can ensure you keep that style from now on for your characters if you want that.

This Valkyrie helmet has taken inspiration from the real-world myths and history of the Valkyrie. The description reads, “Herja was a Valkyrie made of ancient stone and the goddess of an ancient war.” It is a brilliant piece of inspiration for items of the set!

Shard of the Valkyrie, the MVPS: 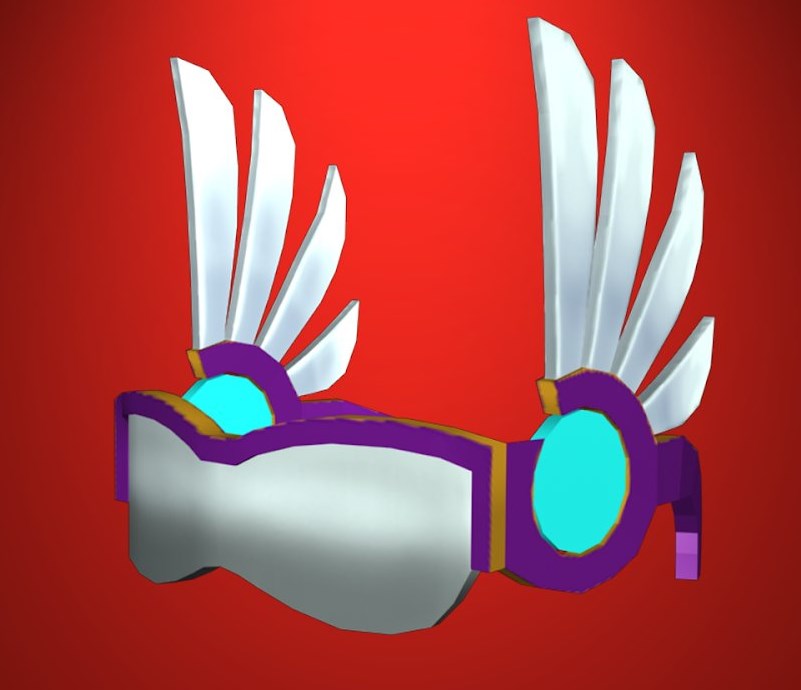 This is again related to the Metaverse Champions Hub and is a special Valkyrie helmet for players to get. This one is gained from the MVP Launcher Box.

There are certainly a lot of helmets for players to learn about and observe being used by other players throughout various Roblox worlds. Wherever you go in the experience, you will likely find a flock of players sporting these hats!

However, there are also, of course, the Valkyrie shades which are:

How To Get The Valkyrie Roblox Set Accessories

Question: Will the currently unavailable Valkyrie accessories ever return to Roblox?

Answer: It is, unfortunately, tough to estimate if the items will make a return to the experience; however, they may still do just that!

Question: When will the following new Valkyrie accessories be available?

Answer: There is no confirmation of when the next accessory will be available for the set.

Question: Can I wear the Valkyrie accessories in most games throughout the Roblox universe?

Answer: Yes! You absolutely can! Show those Valkyrie helmets!

The Valkyrie Roblox set of items certainly has had a long and eventful history of accessories that players have gathered over the years. That there have been codes given for unique Valkyrie accessories shows just how sought-after they are for the Roblox community. There will probably be many more inclusions of new Valkyrie accessories for players of the experience!